Words Related to Money in Spanish

Words related to money are always of interest to language learners. It is a matter of survival when they travel to a Spanish-speaking country. However, throughout history, the form of payment has not always been made with metals or paper. There was a time when one service was paid with another, one commodity was paid with another, and even salt was a form of payment.

In this article we will learn the origin and etymology of the most important words related to money in Spanish.

Before continuing, we recommend you another article in which we met the origin of the word azar in Spanish, also closely linked to the concept of earning money. 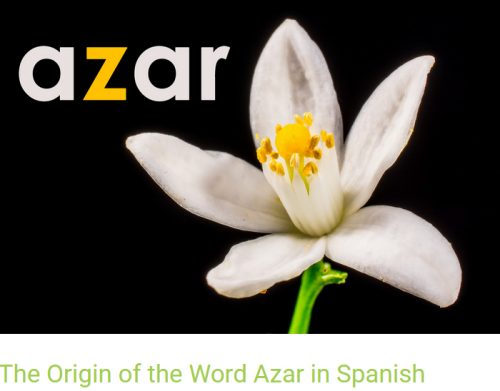 The origin of the word dinero

To begin with, we have chosen the word dinero (money) itself. In fact, what today refers to coins and banknotes in general, in the Middle Ages referred to a specific currency. In the kingdom of Castile, one dinero was equivalent to ten maravedis (the most widely used currency at the time).

However, in Roman times they used the word dinero in Latin with its original form: denarius. A denarius was equivalent to ten aces. And what would you think if we told you that the coin called dinero is still in use? Indeed, about ten countries, most of them Arab, use it today. However, its name has evolved and, nowadays, the dinar is the official currency in Algeria, Iran, Iraq… but also in Serbia or North Macedonia.


Since we have talked enough about the word moneda (currency or coin) in the previous section, we should know its origin. Again, we must go back to the times of eternal Rome. Apparently, in the vicinity of the temple of the goddess Juno there was a mint (a facility which manufactures coins).

And what is the relationship between the goddess who was in charge of warning the Romans of possible catastrophes and the word moneda? The answer is her epithet or description. The Romans knew this goddess as Juno Moneta, which means Juno “the one who warns”. The proximity of the mint to the temple of this deity made the use of moneta popular to the detriment of the classical term nummus.

Among the words related to money, this is one of the most desired. The moment that every worker waits for is the delivery of his salario (salary). It is the payment that a worker receives after many hours of effort. But, as we said at the beginning of this article, it has not always been paid with metal or paper. In ancient times, it was normal to pay with needed products, for example, salt. Among the many uses of this substance are the preservation of food, the seasoning of meals and the treatment of infections, due to its antiseptic properties.

However, contrary to what was believed, it seems that the origin of the word salario is not the payment for the soldiers; rather to a small payment that was granted to the slaves in the Roman Empire. Likewise, some modest workers could receive their pay in the form of salt or other necessities. However, it seems that Roman people did not considered worthy of a free citizen to have a salario. Today, having a salary is not only dignified, it is becoming a luxury.


We have just learned the origin of the word salario. Now, let’s learn the etymology of another of the words related to money that refer to the payment of a worker: el sueldo (another way to say salary in Spanish).

Again, we have before us the name of another Roman coin: the solidus. Unlike the denarius, which was made of silver, the solidus was made of gold. Due to some devaluations of the denarius, the workers of the empire demanded their pay in solidus, since it was a more reliable currency.

Finally, after knowing some of the most used words related to money in Spanish, we hope our readers will invest their money well. One option is to learn Spanish on Spanishviaskype.com, via Skype and from home. Of course, although our prices are very affordable, we do not accept payments in salt.